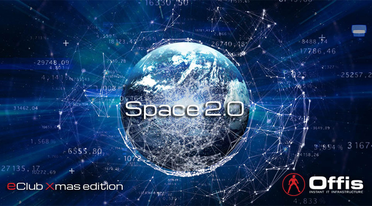 The Christmas edition of eClub has been dubbed The Offis Xmas Party at the Cockle Bay Rooms at Dockside - Cockle Bay Wharf, Darling Harbour in Sydney. Cutting edge presentations and showcases, Craig Calhoun with his legendary band The Brothers of Oz plus cool technologies and innovations brought to you by Offis Cloud Services.

There will always be set backs but it's clear that the space race is on again. How will this 21st Century space race be different?

Silicon Valley is a key player and with local incubator Delta-V opening to enable new startups, together with small and large enterprises are becoming an emerging power to disrupt various aspects of space technology.

One of Sydney's premier IT community events now combining SkunkMonk and ISV Speakeasy communities to deliver a gala end of year Xmas bash.

Delicious food and free flowing drinks are provided as a way to say thank you to our customers, colleagues and friends of Offis. In addition, we have Sydney's prominent funk musician - Craig Calhoun with his legendary band The Brothers of Oz to see the night through.

A big thanks to our sponsors